Let’s Talk about Our Boys 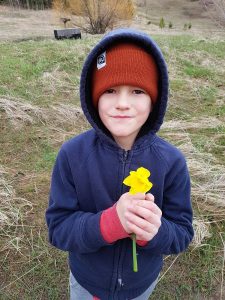 When I first started this blog and my associated Facebook page at @ClaireRoiseAdvocacy, I addressed male-dominated abusive marriages within the church almost exclusively. It was a needed area of conversation; it was what I had seen; and I certainly wasn’t the only one out there trying to talk about it. Women came out of the woodwork for me. Women I had known years ago, women I had never met, lots and lots of women connected in some way with the church I had just left — all of whom knew there was a honking big, irritable, abusive elephant in the conservative Christian room.

My husband and I picked up the study of abuse as a weird little side-job. We talked about abuse practically night and day, trying to unsnarl the knot and understand the whole problem. We began to network with fellow advocates across a spectrum of viewpoints — people who were all doing such good work: Natalie Greenfield, Psalm 82 Initiative, Rebecca Davis, GRACE, Ashley Easter, our now good friend and mentor Shari Hall.

One thing led to the next, and I found myself talking a lot about trauma recovery, sharing excerpts from such greats as Diane Langberg and Judith Herman; and then about spiritual abuse, where I recognized so much from my own and my husband’s church experiences; and then about patriarchy, because we were becoming more and more sure that authoritarian cultures of any kind are exactly the opposite of what we need, if we want people freed from harmful, abusive relationships.

It was examining patriarchy that landed us at the next crossroads, because it turns out patriarchy doesn’t just hurt women, it hurts men, too. But some of the more aggressively feminist solutions didn’t look great, either. Surely, if we are struggling against a power imbalance, flipping that imbalance upside down is not an adequate long-term solution.  Periodically as I talked about shifting the balance of power (which absolutely exists, and which absolutely must be addressed) I would feel a pang of sadness — for the guys I knew, more specifically for my husband, and my dad, and my brothers, and my sons. I saw a trend developing in online conversations, and sometimes even in my own house, of eyeing all men with suspicion, as though all of them are secretly complicit in this harmful scheme. As though every young boy is just a villain waiting to grow up.

Meanwhile, people kept challenging me to talk more about men. Readers complained that I never mention the fact that boys and men suffer abuse, too. Friends asked me to consider that men sometimes undergo abuse in their marriages, and that girls and women can certainly abuse.  It’s tricky to strike the right balance here. Every advocacy book I have ever cracked, has opened with some version of the statement that, while women are sometimes abusive, male spousal abuse is far, far more prevalent. I still believe that to be true.

There are two ideas I’m currently committed to: 1) that in our social and historical context, our culture still unconsciously supports an unhealthy male dominance, especially (especially) in religious contexts; and 2) that the more we open this messy, necessary conversation, the more we are going to find that it has already begun to change, right under our noses. We need to be prepared for the new shape of a world in which women have begun, perhaps for the first time ever, to effectively demand something other than patriarchy. This will not be a win for us, if in the process we end up hurting and marginalizing our men.

The power imbalance that makes abuse endemic in the Christian church needs to change, but surely, any solution with staying power has to benefit both women and men — cannot rest on polarizing the discussion or turning either party into a one-dimensional bad guy.  So. To my friends and fellow advocates and readers — are you ready for this conversation? I am. Let’s talk about our boys.