In Advocacy: Begin with Belief 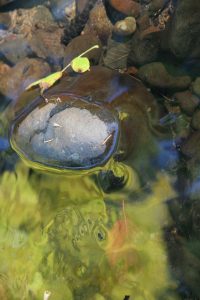 To study psychological trauma is to come face to face both with human vulnerability in the natural world and with the capacity for evil in human nature. To study psychological trauma means bearing witness to horrible events. When the events are natural disasters or “acts of God,” those who bear witness sympathize readily with the victim. But when the traumatic events are of human design, those who bear witness are caught in the conflict between victim and perpetrator. It is morally impossible to remain neutral in this conflict. The bystander is forced to take sides. It is very tempting to take the side of the perpetrator. All the perpetrator asks is that the bystander do nothing. He appeals to the universal desire to see, hear, and speak no evil. The victim, on the contrary, asks the bystander to share the burden of pain. The victim demands action, engagement, and remembering.

from Trauma and Recovery, by Judith Herman

Douglas Wilson of Christ Church Moscow has recently blogged against the best practices concept that when we hear allegations of mistreatment or crimes against women and children, we should begin with belief. According to him, beginning with belief is exactly what we must not do.

Let’s break this down a little.

Why begin with belief?

Belief is serious and careful listening. It is willingness to hear, ask probing questions, and act on the basis of what we learn. When we begin with belief, we assume for the moment that what a child is saying about having been sexually assaulted, or what a woman is telling us about the way her husband mistreats her, is statistically very likely to be true. When we begin with belief, that will lead us to do certain things:

What about “Innocent until Proven Guilty”?

Isn’t what I have said at odds with some of our most dearly held principles as a church and as a nation — that an accused person is innocent until proven guilty? Tim Fall has written an wonderful blog post about this topic here; but the short answer is no. The legal system exists for precisely this reason. It is in court that an accused person has opportunity to clear his name of false allegations.

O LORD, you hear the desire of the afflicted; you will strengthen their heart; you will incline your ear, to do justice to the fatherless and the oppressed, so that man who is of the earth may strike terror no more. (Psalm 10)