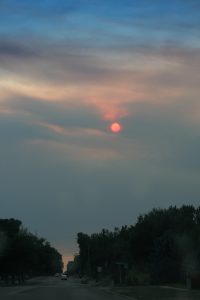 Knowing how to act within a struggling marriage takes a lot of discernment. Let’s say your husband has just done something that really hurts your feelings. Should you let love cover it, or is it a good time for speaking the truth in love instead? Is this turn-the-other-cheek time, or confront-your-brother time?  Should you be suffering in silence, or is it time to be an Abigail, stepping out to save your household from a hard-hearted man’s damaging choices?

If you have sought faith-based counseling, your confusion is likely to be compounded by the fact that the default advice is usually that you should “work on your own part of the problem,” “avoid provoking him to anger,” “return good for evil,” and “trust that God will use your submissive heart to bless and change your husband.” This can be good advice in some circumstances. but it is woefully insufficient for dealing with an actively destructive person.

One really important key to this whole conversation is found in the big picture. We all have to deal with other people’s shortcomings now and then, but there’s a critical difference between a relationship that isn’t everything you had hoped, versus a relationship that actively destroys, subjugates, isolates, limits, and harms. So when I hear from a friend who is really struggling in a difficult marriage, one of the first things I do is try to find out whether she’s stuck in a destructive marriage or just a disappointing one. I’m indebted to Leslie Vernick for this contrast:

“A disappointing relationship is one in which there is a letdown of expectations in a relationship. It’s not what you thought it would be. There isn’t obvious sin, disrespect or indifference, but there isn’t as much romance, talking, sex or connection as you wanted. There may not be as much financial security or extra resources to have fun or live in a bigger home, or there may be a lack of adventure and stimulation that makes the relationship feel stale and boring. Many individuals long for an A+ marriage but feel stuck in a C- marriage. How they handle their disappointment (or not) determines whether the marriage survives or deteriorates into a D- or worse relationship.

Before you can love an abusive person effectively, you need clarity about the nature of the situation. Here is a tool I’ve found to be very helpful.